A ship rocks back and forth, lost at sea in stormy waters. The party is weary and hopeless, until the day they find the sunny Flintlock Isles breaking through the 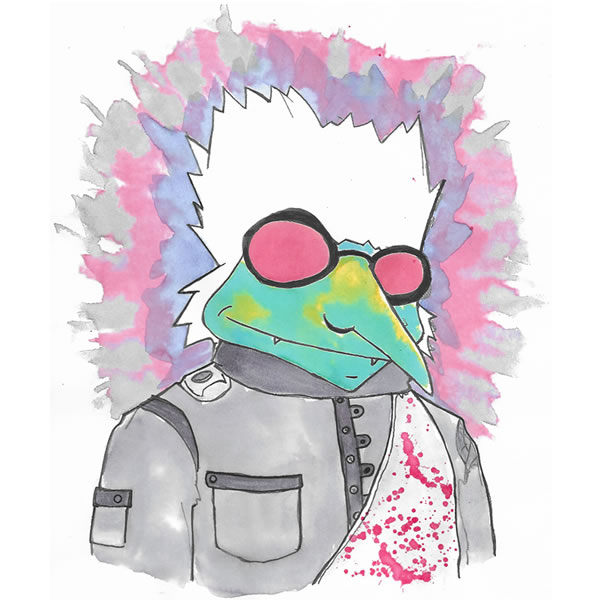 menacing horizon.  As they sail closer, the party notices a volcanic rock sticking out the side of the island, carved in the shape of a massive leopard head.

Legend has it, necromancer pirate Captain Houndstooth and his crew settled the island after finally locating it.  However, Houndstooth lost his favorite ship, The Black Cerberus, on the jagged rocks of the Fire Spine.  The mad pirate never forgave the Sea–and she never forgave him in return.

That is, until the goblin wizard Baron Bordeaux killed his evil captain–marrying the fool to a leopard he transformed into a woman– and took control of the Flintlock Isles.  The island city, Reaper’s Cove, flourished from here for years and grew into a suitable exotic trading post.

However, The Sea has returned to a state of rage.

Explore the city, play pirate games and solve the mystery behind the lingering storm that surrounds the island–before the island is wiped out.

What the players are saying

The pirate adventure inspired a great new campaign for us that we are still working through. If anyone is looking for some new DnD content to inject into their campaigns, this is perfect. -Sam

We picked this up as a side campaign and it was legit so fun. I adapted my regular character to be more genre oriented. It was fun seeing my character in a new light. -Soothsayer

100% recommend! This is one of the most creative & exciting campaigns I have ever played. I constantly found myself thinking about the next game night & how I couldn’t wait to dive back into the pirate realm. -Harrison

My favorite part was the new surgeon class. Splicing pieces from fallen enemies was really fun and added a lot of creativity to our adventure. -B.Rhymes 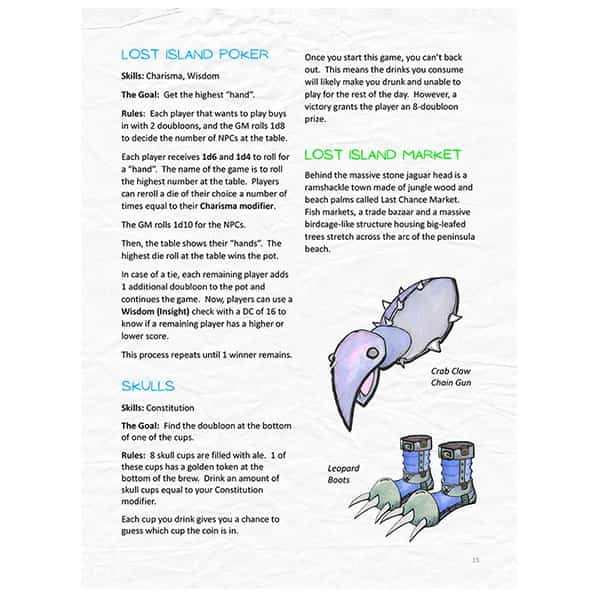 Dead Man’s Tale is an island pirate adventure that is compatible with the Dungeons and Dragons 5e play system (and SRD compliant).  We’ve created a story full of mystery, horror and pirate casino games. Our adventure includes:

How we developed it 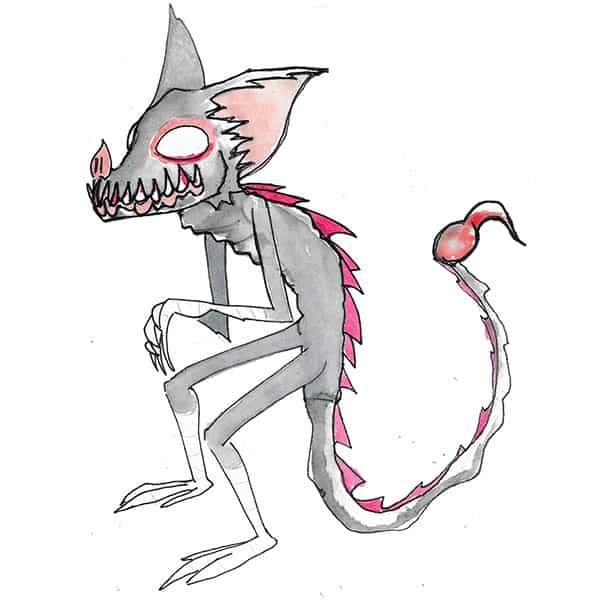 Dead Man’s Tale was created by two guys who’ve been playing RPGs together for a lifetime, including 3rd and 5th edition Dungeons and Dragons.

While most campaign material is made with worldbuilding, monsters and items in mind, we wanted to create something that added a built-in story that plays like a dungeon crawl.

Our concept is to expand the length of an epic dungeon into an entire island adventure with a lingering apocalypse in the atmosphere.

We hope this triggers a larger campaign for you to explore in pirate style, so we included treasures at the end that directly boost stats for your players.  However, this also fits nicely into a weekend session or beer-drinking game night.

Thanks for checking us out!

An adventure for characters level 3-5

Experience the lost island for yourself.  This premade adventure leaves room for you to flex and mold the adventure with potential side quests and a large island to explore.  However, the main storyline flows naturally enough to do the heavy lifting for you.

This adventure offers equal parts adventure, mystery and unique boss fights.  We even through in a pirate casino to keep it spicy.

We’ve dumped hours into writing, designing and play-testing this flagship content (see what I did there), so we appreciate your interest and hope to hear back from you.  Did you enjoy our adventure?

If you made it this far, thanks again!

Genre Bomb is built to be your source for tabletop role playing game reviews, guides, and free adventures. Learn what makes stories pop through pop culture examples and create better mysteries and adventures with your friends.