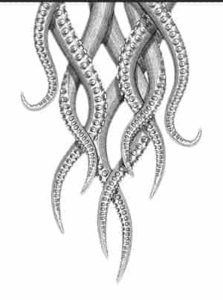 …are at the heart of Genre Bomb.

Whether the media is tactile or digital, video or novel, pop culture loves a good story—and so do I.   Oddly enough, I find myself writing about writing, but there is so much out there worth exploring.

So, what do I mean by genre?  It’s a fancy word used in many different artistic mediums.  In storytelling, it means that the story adheres, in some fashion or another, to set of tropes found in imaginative or speculative works.  For example, the spacefaring explorers of science fiction fit a particular category within the broader science fiction genre.  In writing, genre is often seen as a lesser artform compared to literature.

Of course, in my eyes a story can have both a weird setting and exquisite prose, but historically genre hasn’t been taken as seriously.  It isn’t the “high art” of Shakespeare (who was actually quite edgy in his time), it’s the low-budget giant killer ant movie on YouTube.  Honestly, there’s a decent argument to made about the low quality of early genre storytelling.

Thing is, storytelling is storytelling.  I’ve been able to learn just as much, if not more, about the human condition when it’s taken outside of the everyday.  Directors like Ridley Scott, James Cameron and Stanley Kubrick (among many other storytellers… Isaac Asimov, J. R. R. Tolkien, etc…) elevated these styles, which I was fortunate enough to digest as a young creative.  To me and many others, genre is a lens, a perspective.

Why is Storytelling so important?

I think people underestimate this skill—especially when it’s linked to fantastical make-believe.

To go full-blown Mufasa on you, storytelling has been with us for eons.  Campfire tales were happening long before human civilization, even among nonhuman hominids.  That’s right, cave men and Neanderthals enjoyed a good story when they weren’t fleeing saber-toothed monster cats.

Stories have a way of shaping our perception of the world.  They communicate another person’s point of view or explain how events may play out.  The exercise in empathy allows us to connect with the characters involved, as if to bottle another’s experience for others to learn.  Religion, politics, world views, even down to which brand of cola we drink, is shared with us through storytelling.

Now that we understand the fate of all humanity is in the hands of storytellers, let’s get into fun ways of expanding that skillset.

My introduction to role playing games came from the digital age—introduced to the genre though video games of the 90s.  Classics such as Super Mario RPG, the Final Fantasy series, Chrono Trigger, Chrono Cross and others developed my love for a complex storyline and compelling characters.  These games broke from the platform-hopping, shiny-object-collecting games that were mainstream.

Playing a character on a mission, I found the value of gaining strength and knowledge over time.  I needed to defeat an ultimate enemy, save the world and generate winning strategies for success.  For some, they were slow-paced and methodical.  For me and my friends, they were totally enveloping.

As I grew into my twenties, I finally cracked into Dungeons and Dragons.  I was already well into my love affair with fiction writing and jumped at an opportunity to flex that new muscle.  Ever since, my band of creative friends have been playing together.  Naturally, my love for the game has only grown with time.

Now, there are more tabletop RPG’s than ever. Pathfinder, Starfinder, Monster of the Week, Vampire: The Masquerade, even franchises like Marvel, DC and Star Wars, have expanded the genres available to role play.

The year is 2020, a plague sweeps across the Earth.  I’ve slugged it out in the digital marketing world for a few years now, post my online magazine startup.  After taking some time off the blogging lifestyle to write fiction, I decide to jump back into the digital world.

But let’s dial back the clock a little.

I spent a decent amount of time alone as a kid—in a good way, on my own terms.  I remember long summers in the 90’s, where I found myself watching old sci fi movies on cable.  Comic book media was expanding into tv shows and early live action movies, and 80’s sci fi flicks were constantly aired in the middle of the day.

This was the start of the love affair, but I’ll spare you a sweeping epic.

Starting my career as a freelance writer, I found myself writing random articles for startups alongside the normal entertainment articles I received from Dish Magazine.  After writing and organizing for Dish, I teamed up with several friends to launch a platform for local Nashville musicians called Nashville Unsigned.

You should google Nashville Unsigned.  It goes way outside country music.

I found myself in a precarious professional position (how’s that alliteration?), which ultimately forced me to leave the Nashville Unsigned project.  However, as time went on, I solved some of those problems that haunted me.  After the loss of an early writing mentor, I found myself inspired once again.

With the planets aligning, I am now fusing my love for genre fiction and experience in digital publications.

Watch out for upcoming novels

As Genre Bomb grows, I’ll release novels across the spectrum of genres.  My ultimate goal is to do this full-time, so every piece of feedback I receive means a great deal.  Hopefully my website will inspire or help you.

In my experience, creativity is best shared.  Inspiration is a constant magic between humanity, allowing us to express ourselves in countless ways.  Also, your dude here wants to be a novelist some day.

Until then, enjoy my breakdowns of pop culture stories falling into imaginative categories.  My favorite topics are tabletop RPGs, anime, mythic lore, general spooky stuff and comics.  Let me know what you think of my character builds, and let’s discuss some deep meaning in anime or find the scariest myths our ancestors created.

Also, who would win in a sword fight, Madmartigan from Willow or Beatrix Kiddo from Kill Bill?

Guide to Building a 5e Necromancer

Genre Bomb is built to be your source for tabletop role playing game reviews, guides, and free adventures. Learn what makes stories pop through pop culture examples and create better mysteries and adventures with your friends.